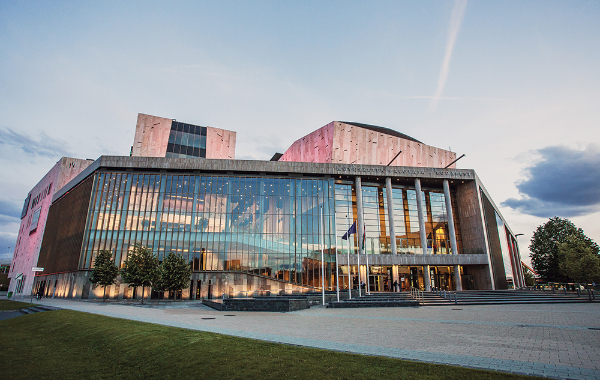 This concert presents the audience with the joy of discovery, as they will hear an instrument – the pedal piano – which they will not have encountered very often in a ‘live’ setting. Two concert pianos will occupy the stage, but they will be played by one pianist: one with his hands, the other with his feet, as if playing on the pedals of an organ. The instrument was popular until the turn of the 18th-19th centuries, and was favoured by both Mozart and Schumann, but subsequently fell into obscurity before being ‘resurrected’ by this concert’s soloist, Roberto Prosseda. Having explored the pedal piano’s repertoire, Prosseda now performs and records regularly with the instrument. The world’s pre-eminent pedal piano soloist also performs works from the traditional piano repertoire, and has made a highly successful recording of Mendelssohn’s complete piano works. Charles Gounod, composer of the opera Faust, wrote a number of works for pedal piano in the 1880s.
The conductor for this evening, Günter Neuhold, completed his studies in his home city of Graz, before perfecting his skills under Franco Ferrara in Rome and Hans Swarowsky in Vienna. He has been music director of orchestras in several major cities, including Parma, Antwerp, Karlsruhe, Bremen and Bilbao, and has made some two dozen records featuring works by Liszt, Bartók and Kodály, among others.