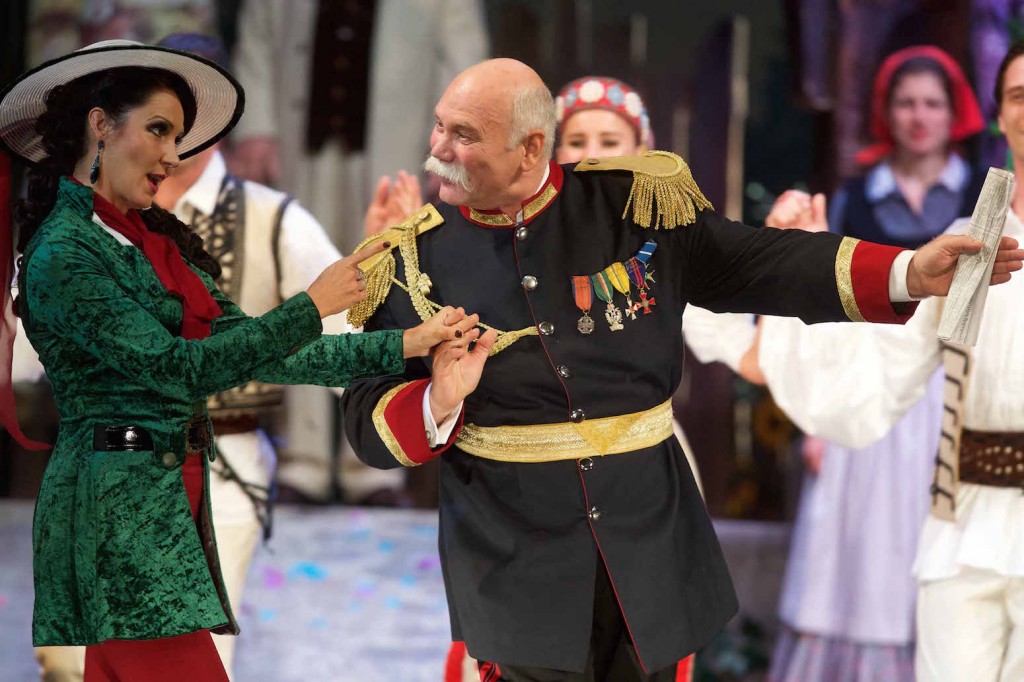 Trilogia 2016 presents, from 14 to 23 October, an intense “Danubian” triptych that tributes  the great civilization of the Austro-Hungarian Empire at its sunset that saw Vienna and the great cities of the empire, with Budapest in the role of co-star, becoming the cradle of an extraordinary multicultural ferment. At the Teatro Alighieri will be staged, exclusively for Italy, three productions of the main Hungarian theaters – Operetta Theater in Budapest, Csokonai Theater of Debrecen and Theater of Szeged – which contribute to maintain excellent the level of a tradition that has not never known failures: Gräfin Mariza (La Contessa Maritza), Die Fledermaus (The Bat) and Die lustige Witwe (The Merry Widow).

A tribute to a form of musical theater, the “operetta”, to which you must masterpieces such as those proposed in Ravenna that bring together three of the greatest composers of this genre: Emmerich Kálmán, Johann Strauss and Franz Lehár. In the Austro-Hungarian Vienna, capital of that multiethnic and multinational empire, which has one of the most important communication routes in the Danube, the titles of this Danube Trilogy are to be staged within fifty years and all in the Theater an der Wien. . If Strauss, author of the Pipistrello, is considered the creator of the Viennese operetta, the Merry Widow of Lehár has an extraordinary and unexpected success in the Vienna of Freud, Mahler, Schnitzler and Schönberg. Almost twenty years later, the Hungarian Kálmán closes the circle, innervating of zygano and Magyar elements this form of musical theater now very popular that, right in the Countess Maritza, winks at a Strauss operetta. These three masterpieces will be presented in their integral form, which perfectly blends theater, music and dance and constitutes the illustrious progenitor (thanks also to composers such as Offenbach and Gilbert & Sullivan) of the Broadway musical and the West End (but also of the comedy) musical in its Italian declension).

The Autumn Trilogy (sponsor – is organized in collaboration with Operettissima, thanks to which theaters all over the world – from Europe to the Far East – have discovered that extraordinary and inimitable heritage that is the operetta culture in Hungary. A heritage that in Ravenna will be represented by a virtuous meeting of the best the Hungarian theaters can offer: the Kodály Philharmonic Orchestra, the choir of the Csokonai Theater and the ensemble of the Teatro dell’Operetta in Budapest will perform alongside three cast which unite the prominent voices of the rich Hungarian scene.On the lead of this exceptional group of artists will be alternated on the podium the musical director of the Operetta Theater, László Makláry, and the musical director of the Csokonai Theater, Dániel Somogyi-Tóth, both trained at the prestigious Liszt Ferenc Music Academy, Firma Gräfin Mariza and Die Fledermaus, the artistic director of the Operetta Theater, Kero (Miklos Gàbor Kerènyi), who received the Kossuth award – the greatest recognition in Hungary in the field of science and the arts – for having promoted and popularized the Hungarian opera culture; while Die lustige Witwe sees director Csaba Tasnàdi, founder and director of the Vidor Festival.