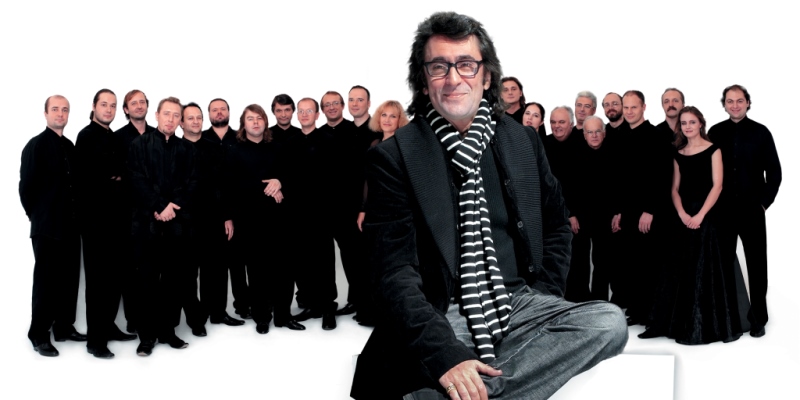 “They did well, demonstrating impressive unanimity and among a vast dynamic and tonal armoury a wondrously controlled pianissimo… Tchaikovsky’s Serenade sounded, in these players’ capable hands, quite new and lovely “.
The Times London

Since that time, the MOSCOW SOLOISTS have given more than 1300 concerts, to audiences in over 40 countries on 5 continents performing in some of the world’s most prestigious concert halls, including: Carnegie Hall, New York; Musikverein, Vienna; Concertgebouw, Amsterdam; Suntory Hall, Tokyo; Philharmonie, Berlin and Cologne; The Royal Albert hall and the Barbican Centre, London; Tivoli, Copenhagen; Cite de la Musique, Paris and Accademia Santa Cecilia, Rome.

Today the world press marks this ensemble as, “one of the best in the world in this genre” and hailed as, “the voice of the country” by Il Tempo.

The repertoire of the MOSCOW SOLOISTS is rich and diverse: it comprises both masterpieces of classical music and the works of contemporary composers as well as older works, which are rarely performed. Consequently, the programmes put together by the MOSCOW SOLOISTS are marked by their beautiful and interesting premieres.

In 1994 the ensemble made the first of many recordings, a CD for EMI with Gidon Kremer and Mstislav Rostropovich. In 1998 the MOSCOW SOLOISTS recorded works by Shostakovich and Brahms for Sony Classical, later named the “best recording of the year” by the critics of the Strad magazine and nominated for a Grammy award. Having been nominated in 1994, 1998 and 2007, the ensemble received a Grammy award in 2008 for their recording of works by Stravinsky and Prokofiev on the ONYX label. A further nomination to this award came in 2009, for their recording of music by Chinese and Japanese composers.

The ensemble has taken part in many significant musical festivals including Rostropovich’s Festival in Evian, Montreux, Verbier, Sydney, Bath, BBC Promenade concerts at the Royal Albert Hall London, Prestige de la Music at the Salle Pleyel in Paris, Sony-Classical at the Theatre Champs-Elysees, Semaines Musicales en Tours and December Nights Festival in Moscow. In autumn 2009 Moscow Soloists went on a major tour of Russia performing exclusively on Stradivarius instruments belonging to the Russian Government collection of unique musical instruments. This was the first tour of such kind in the country’s history.