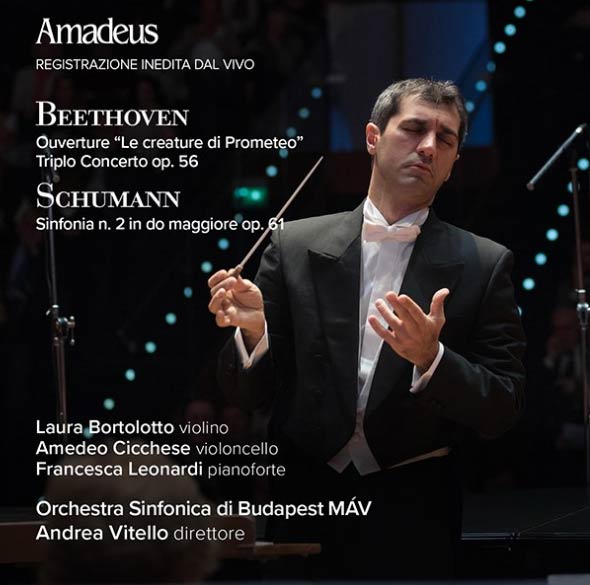 “His performances stand out for the refined balances and original ideas about both tempos and phrasing. I consider Andrea Vitello one of the most promising conductors of his generation.” Donato Renzetti

Andrea has conducted in venues such as Carnegie Hall in New York, Seul Art Center in Seul, Teatro Petruzzelli in Bari, Sala Verdi in Milan.

His discographic debut on the podium of the Ensemble BIOS, with Arnold Schönbergs’s Pierrot Lunaire, featuring Anna Clementi as a soloist, has raised international critic’s enthusiastic attention (American Record Guide, Das Orchester, Limelight Magazine, Musica Magazine, Amadeus etc…) and is considered by tge critic a “One must have” recording.

Andrea Vitello is a keen interpreter of the contemporary repertoire. He conducted premiéres -both in concert and recording- by authors such as Peter Eötvös, Tristan Murail, Oliver Schneller, Andrea Portera, Alessio Elia, Albertas Navickas, Rita Ueda and promotes young composers discovering and conducting their music.