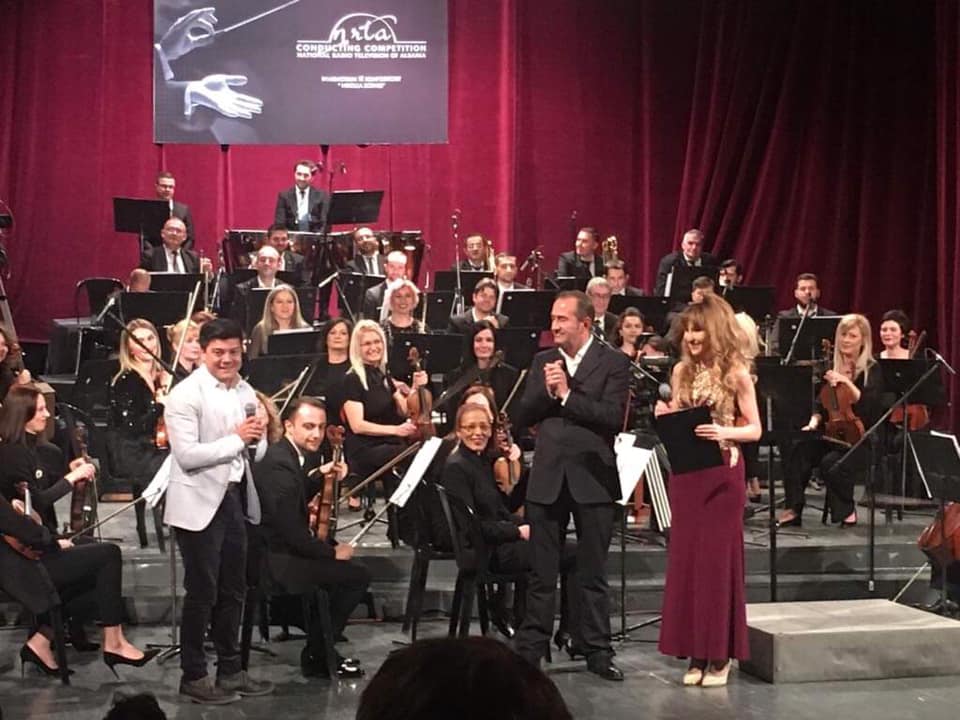 On the international women’s day, March 8 2019, took place the final of NRTA competition.

It was meaningful that on this day two women were admitted to the final and one won the competition.

It was also very interesting to see that the four awarded conductors are coming from very different countries: Bulgaria, China, SOuth Korea, Guatemala.

The First prize was assigned to Ms. Delyana Lazarova from Bulgaria and the Second prize was shared between Mr. Andrew John Choi from South Korea and Ms. Ji Yujue from China.
The recipient of the orchestra’s award was Mr. Bruno Campo from Guatemala.

The winner of the prize for best performance of Nikolla Zoarqi’s music was Delyana Lazarova from Bulgaria.

We will see you again on the podium of the Orchestra of the National Radio Television of Albania, of the Hungarian National Radio, of I Solisti Aquilani and for sure of the many institutions involved in the competition !